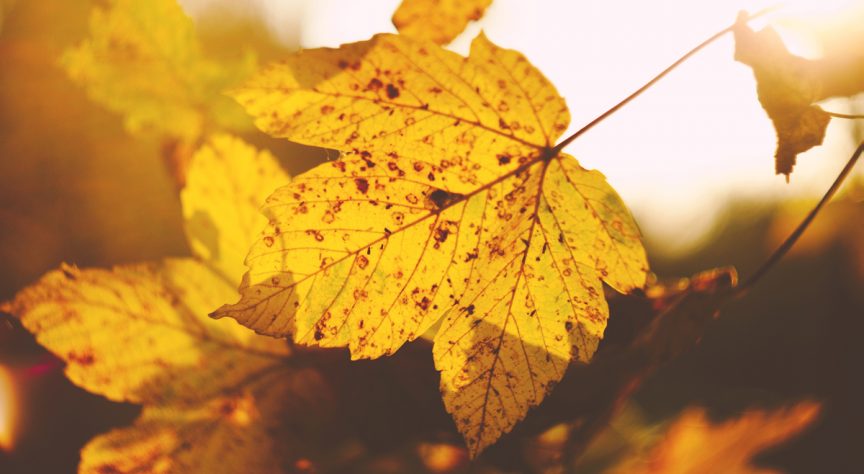 There is something about autumn. As the warmer temperatures fade away into cooler days and longer nights, the feeling of change seems to permeate the air. Even your daily routine can feel different: there might be a bounce to your step, a greater appreciation for the little things, and music, accompanied by crisp air and changing leaves, may sound better. Fall is the season of both reminiscing and new beginnings; we are looking ahead but still feeling nostalgic for something from the past. Autumn stands by itself as a season, but the characteristics of fall are remarkably short, causing us to miss it before it has fully ended.

In my own life, this year has been one of many changes, and the fall playlist for 2016 conveys that the most. There are fall staples that I consider necessary for every fall playlist, old favorites that are relevant this year, and new releases. If anything, I hope to reintroduce you to a great song, or introduce you to a new one. I hope you enjoy.

A given. Considering my recent move to New York, I was excited to be able to have this on my playlist and be able to relate to it. Sinatra’s voice conveys the quintessential yearning that people associate with fall. “Autumn in New York brings the promise of new love, autumn in New York is often mingled with pain”, a beautiful lyric that relays the mixed emotions of the season so well. No matter where you reside during this fall season, I daresay you will be able to feel the sentiment of this song.

This song has always entered my life in the fall season. In 2003 when I was 10, Barbra Streisand released The Movie Album. With my mom being the massive fan that she is, we would listen to the album on the way to school every day. This song and Charlie Chaplin’s “Smile” were my favorites. Even when I was 10, I felt that this song was a “colder weather” song, something that should only be listened to during that time of year when wistful longing was the prevalent emotion. Five years later, in 2008, I was watching the Sex and the City episode “I Heart NY”. Set on the cusp of fall, “Moon River” plays a pivotal role in the episode. This time, it was Henry Mancini’s version, and I fell in love again. The association of the song with fall also continued. Jumping to 2016, I recently read Truman Capote’s “Breakfast at Tiffany’s”, and then followed up by watching the movie. “Moon River” was of course written for the film, and seeing the song presented in the original context only served to cement my love of the song. The lyrics are sparse, but oh how brilliant! “Dream maker, you heartbreaker, wherever you’re going, I’m going your way”, so unapologetically romantic in the best way possible.

A new duo whose debut album, Georgica Pond, was released on October 14, 2016, JOHNNYSWIM’s sound consists of traditional singer/songwriter fare, mixed with R&B tinged vocal harmonies, and gospel choir choruses. Their voices mix extraordinarily well. This song, relating back to “Moon River” is also unapologetically romantic and sweet. The arrangement is simple, with the delicate piano touches matching perfectly with “touching heaven” chorus. The song starts out simple, as if they are being shy about admitting their feelings to each other. This continues until the ecstatic climax of “you’re my hallelujah”. Although a choir of voices reciting the aforementioned line eventually joins the duo, the arrangement remains simple, letting the voices convey the emotion. At the end of the song, there is a delightfully sweet surprise, leaving you feeling like you have seen the evolution of a whole relationship.

A lovely acoustic number where, like all the previous songs mentioned, longing is the name of the game, the chorus is “can I be close to you”, with a chorus of “oohs”, harmonizing with a lush guitar arrangement that cushions the song into a dreamlike world, almost as if you are inside the narrator’s head as he is picturing the object of his desire. A series of lyrics where is he observing a place from his past, “and the trees are filled with memories, of feelings never told”, feels as though he is leaving his past bare for all to see. The lyrics are intimate, but the arrangement is full, a characteristic that is reminiscent of Fleetwood Mac on their Mirage album.

Kings of Leon FINALLY released their latest album on October 14, 2016. The whole album is incredible, taking some departures from their previous releases, but still keeping that quintessential “KOL” sound, a noteworthy accomplishment for sure. “Conversation Piece” is a mid-tempo number on the album, in which the singer is begging someone to return him to a previous time in his life. The arrangement is hypnotic and repetitive and his voice gets more desperate as he repeats “won’t you come around my for some conversation please, won’t you come around my way, it’s a conversation piece”. His desperation is never angry though, just pleading and nostalgic. The song evokes the feeling of being in a transitional period of your life. The lyric change of  “take me back to California” to “take me out of California”, goes from him wanting to go back to the past to just wanting to get in the future. Very relatable to anyone who has ever had to undergo a major life change, and wasn’t so sure about it.

This song has been on every fall playlist of mine since 2011. As it goes, it is not fall until I listen to this song on repeat, as such, I only listen to this song during fall. It reminds me of fall during my childhood: Halloween, that first morning where you have to wear a sweater outside.  It is no wonder. The song is featured on the “Practical Magic” soundtrack, a movie that was part of a trio of 90’s Halloween films (the others: “Hocus Pocus” and Halloween Town”) that were in heavy rotation when I was a kid. When I became a fan of Fleetwood Mac during my senior year of high school (they are, bar none, my absolute favorites), I heard this song and the memories came back, even though I did not remember it specifically. However, because it had never really been a staple of fall before that, I loved the song for more than its nostalgia factor. It is a brilliant one, with its opening lines being “you’ve left me now, and it’s seasoned my soul”, how could it not be? Although the song is an outtake from Fleetwood Mac’s Rumours sessions in the late 70s, this is definitely the definitive version. Stevie’s matured voice perfectly fit the message of the song, showing wisdom and nostalgia in a way she does so well. My favorite parts of the song are when Stevie harmonizes with herself and that beautiful ending, unapologetic longing and all. If there were one song that exemplifies all the qualities a song of autumn should have, this would be at the top of the list.

Lady Gaga opted to take the minimalist approach on her latest album, Joanne. The title track, written about her father’s sister who passed in the late 70s, sets the tone for the entire album. Although Gaga is too young to have known Joanne, the pleading for her to stay is palpable, particularly on the line, “every part of my aching heart needs you more than the angels do”.  This song is Gaga at her songwriting best, using the specific character in the song to talk about the universal feeling of loss.