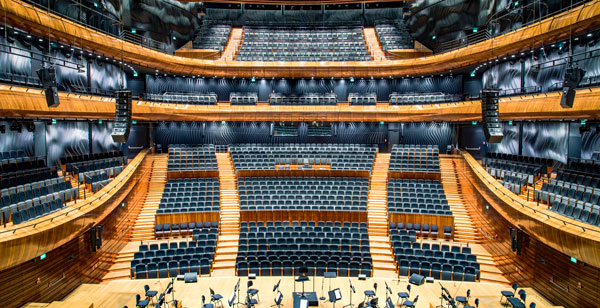 On the day of September 30, a Friday, my mood was pretty gloomy. NYC had been having a series of cloudy days and it was causing my inertia level to be sky high. As I was scrolling through Twitter, I noticed that Lin Manuel Miranda had posted about his hip-hop freestyle improvisational group, Freestyle Love Supreme having a show that night at Gramercy Theater. I live in Gramercy. As I looked up the distance from my apartment (one street over) and then found out about it being a general admission venue, I decided I had to go. When I realized the date, which marked my one-month anniversary of living in the city, it further validated my decision. Buying one of the few scalper tickets that were left, hurried to a local Staples to print out the ticket. Being that it was GA and I had done everything last minute, per usual, I had to sit in the very last row of the theatre.

It didn’t matter. The show, performers, and audience were so vibrant that from beginning to end you felt like you were right up close to the action. The energy passed back and forth from audience to stage was palpable and electrifying. Among the highlights: a song about whales/wailing, Miranda’s hilarious rap about Menopause, and an epic rewind game about Siamese twins. If you weren’t there, you definitely missed out.

The show was sold out that night, and there were many in the audience who were in the same boat as me: at the back of the theatre, however, the performers made an effort to reach out: it was one of the most inclusive audience experiences I have ever been a part of. Also palpable was the chemistry between members of the group, they seemed totally in sync and supportive, which, considering they average about two shows a year, is mightily impressive.

It would be remiss to not mention how the much the success of Miranda’s Hamilton influenced the turn out of the audience. The much-heralded musical about the founding father may have been the reason they showed up (admittedly myself included), but the show won them over on its own merit. Everyone was so pumped leaving the theatre, including those who had just been exposed to a show they might not have gone to if not for the aforementioned musical.

Saving the best for last, we have to talk about Max. At the end of the show, the performers invite someone in the audience to come up onstage and talk about their day, so that they could reenact it in a “Day in the Life” sketch. Max was chosen; thank goodness for that. His day, which involved the first day at his new school, involved, among other things: Beets, Tom Brady, and a pizza party. You had to be there, but it was as amazing as it sounds. The best moment came when he was talking about his classmates freaking out about Tom Brady. When asked if he himself had gotten the chance to meet Brady, Max responded, “No, but who cares because theatre is better than sports any day.” Thus followed the loudest applause I have heard from an audience in my entire life; they went absolutely crazy.

Freestyle Love Supreme’s Friday night show at Gramercy theatre was everything you would want a show to be. It was brave, spontaneous, funny, and honest. As I began my walk back home, I remember feeling super excited about what I had just seen, and also incredibly inspired. There was something in the air that night that caused you to want to live your life with more spontaneity and humor. I am so glad I went.