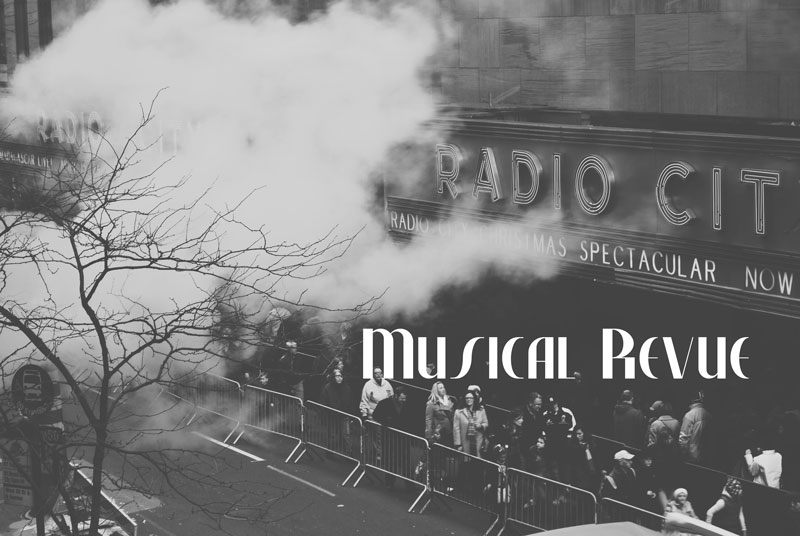 The time had come. The year was 2008, and having just finished my freshman year of High School, it was customary to make your Facebook profile before your sophomore year. I was excited, and very nervous. After picking the all too important default photo, it came time to fill out the “About” section. The categories were all self-explanatory and easy to fill in. Then came the music section.

The old version of Facebook had a category in the “About” section for entertainment, therein contained subcategories: movies, TV, books, and music. The other three were easy to fill out; I was certain of my favorites and could name them easily. When I thought about the music section however, I just stopped. How do you manage to convey all of your music likes in a simple Facebook profile? It seemed too simplistic.

Louis Armstrong once said, “I played all classical music when I was in the orphanage. That instills the soul in you.” This resonates very strongly with me. My parent’s favorite genres (mom: musical theatre, dad, classic rock) were the basis for my love of music. The music that surrounds your childhood creates foundation for your strongest memories. As you grow older the music grows with you. Suddenly, lyrics you have heard for your whole life resonate with you on a deeper level. This has happened to me countless times, and it never ceases to amaze. My love for both theatre and rock knows no bounds. In many ways, they have helped to make me into who I am now, and who I wish to be in the future.

One of the most beautiful qualities about music is that it is so unique to the experience of the storyteller. In the musical Hamilton, there are two songs, “Helpless” and “Satisfied”, which tell the same story from two incredibly different perspectives, yet both are equally valid. It’s a compelling piece of storytelling, because it forces you to have empathy for both characters, while not undermining either of their emotions. Music from many different genres succeeds in doing this. Often the songs and the artists have nothing to do with each other, but can make you feel empathetic about opposing situations. For example, you can listen to Sam Smith’s “I’m Not the Only One”, where the narrator faces infidelity, and sympathize with that perspective. On the other hand, you can listen to Sugarland’s “Stay”, about the mistress of a married man, and empathize with that narrative just as strongly. At it’s best, music causes us to see that the situations in the world that are purely black and white are few; the grey area often reigns supreme.

This aspect of song has the potential to be so helpful to us in our shared human experience. Two individuals who have nothing in common on paper can hear the other’s story in song, whether it is something that person has created or whether they have chosen to share something with you, and even if they can’t relate via their own life, they have the ability to understand more than they did before. Henry Wadsworth Longfellow, in an oft-quoted statement, once said, “music is the universal language of mankind”.  Music has the power to transcend so many boundaries that exist in day-to-day living: language, racial, gender, socioeconomic, generational, and boundaries of time. Sometimes, I think the world would be a better place if people just listened to music more often. It is the one of the few art forms that is appreciated by the masses. You can listen to music made 200 years ago, in a completely different language, and feel exactly what the person felt when they created it. Feeling that personal connection to an artist you will never know is one of the most beautiful experiences a person can have. Suddenly you are not alone in your emotions, whatever they may be: euphoria, sadness, despair, contentment, and anger and so much more. It is really hard to find such a wide-ranging emotional release anywhere else.

In the end, I decided to write “everything” under the music section on Facebook. Mainly because, a piece of music I don’t even know about now, or have never even heard, can suddenly become close to my heart. For this blog, I am going to try and make sense of my many feelings about this art form. I chose Musical Revue as a blog name because I hope the content will be varied enough to keep readers, and myself, entertained. I really cannot wait to start this journey. Here goes!

Song Lyric of the Day*:

“…Because I have got a thing that’s unique and new, to prove it I’ll have the last laugh on you. Cause instead of one head I’ve got two, and you know two heads are better than one” – “Twisted” Joni Mitchell (a.k.a. the anthem of every Gemini)

* My music library contains 10,954 songs. I realize to some that may seem excessive. To me, it is not enough, because there is so much more to learn. After every blog post, I am going to put said music library on shuffle and the first song that comes up, I will post a lyric that sticks out to me at the moment, and maybe introduce someone to a new song, which would be awesome. Hope you enjoy!